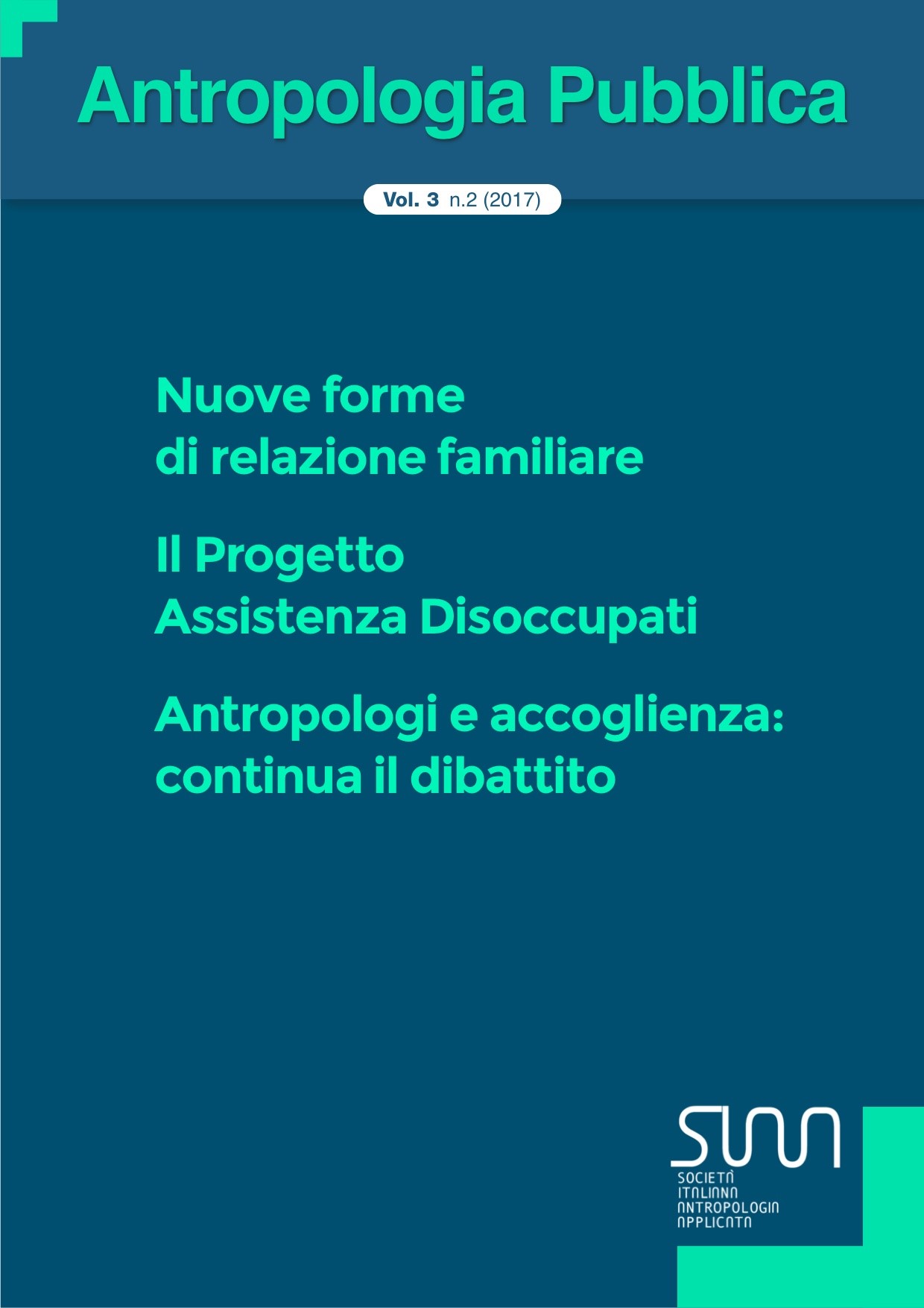 As a consequence of global labor market reorganization, unemployment has become the unavoidable fate affecting a large number of workers. At the same time, the unemployed have to be considered the first experts on unemployment. These are the starting hypotheses for a recent ethnographic research conducted by a group of students and professors of Anthropology of the University of Bologna from May 2016 to November 2017. The sample of unemployed people chosen for the study is small in number, but analyzed in depth. It originated in a group which had already been involved in a project called PAD (Programma Assistenza Disoccupazione, a project created in Bologna by a pool of psychologists in collaboration with three Unions, i.e. CGIL, AUSER and NIDL, for assisting the unemployed). Anthropologists, psychologists and unionists all shared a common goal: to investigate the circumstances and the effects of the phenomenon of unemployment in Bologna, a town which used to be untouched by such a social issue. This report presents the results of our anthropological research: it shows how much institutional policies (indeed, very inadequate so far) do not take the personal stories and experiences of the unemployed into account. To advise policy makers, an anthropological approach therefore turns out to be especially useful when studying those social problems that no longer can be considered emergencies but structural issues.