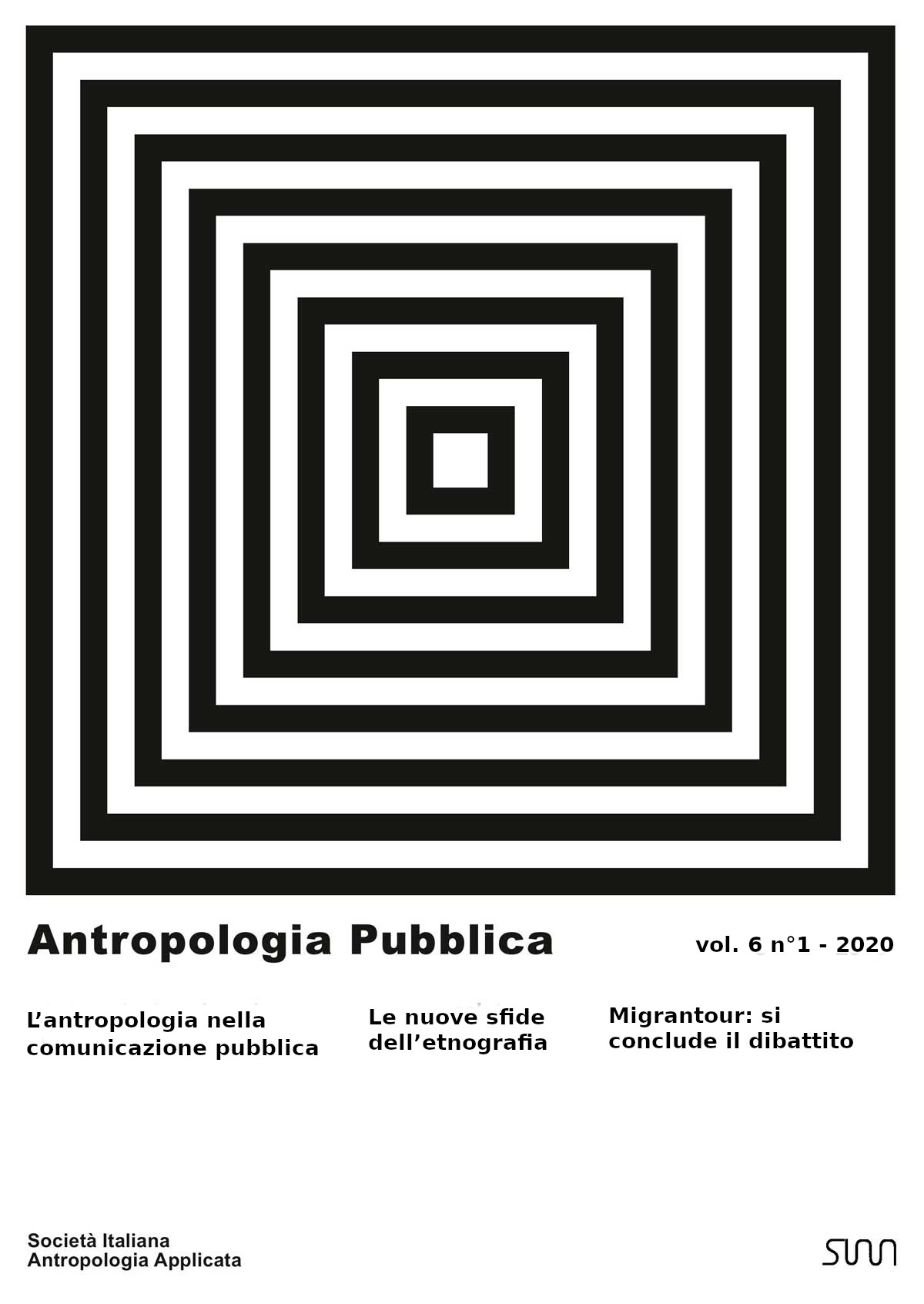 The essay presents an ethnography conducted in Abruzzo to explore a new form of folk traditions inspired by the old practices documented by the ethnologists. This revival of traditions has been credited by its inventors as an anthropological work, but completely bypasses the analytical procedure of cultural anthropology and even the advantage of heritage as a form of self-awareness. This revival revitalizes the romantic metaphors of folklore, circumscribes identity in an exclusive way, and excludes the “true anthropologists”, advocating everyone’s own ability to be anthropologists and manage heritage. These claims reject the national and international agreements on cultural heritage, deciding to use heritage and traditions for their sovereign political goals. This new framework of folk traditions outlines an “heritage regression”, because the protection and the “heritagization” means to act a dispossession of both folklore and vernacular culture. The issue also concerns the (unsuccessful) work of anthropology in heritage, folk traditions and institutions. In the face of an anthropology which is until today mainly devoted “to fight” heritage and institutions, a commitment “in and with” heritage and institutions can counteract the decline of the public relevance of the discipline.