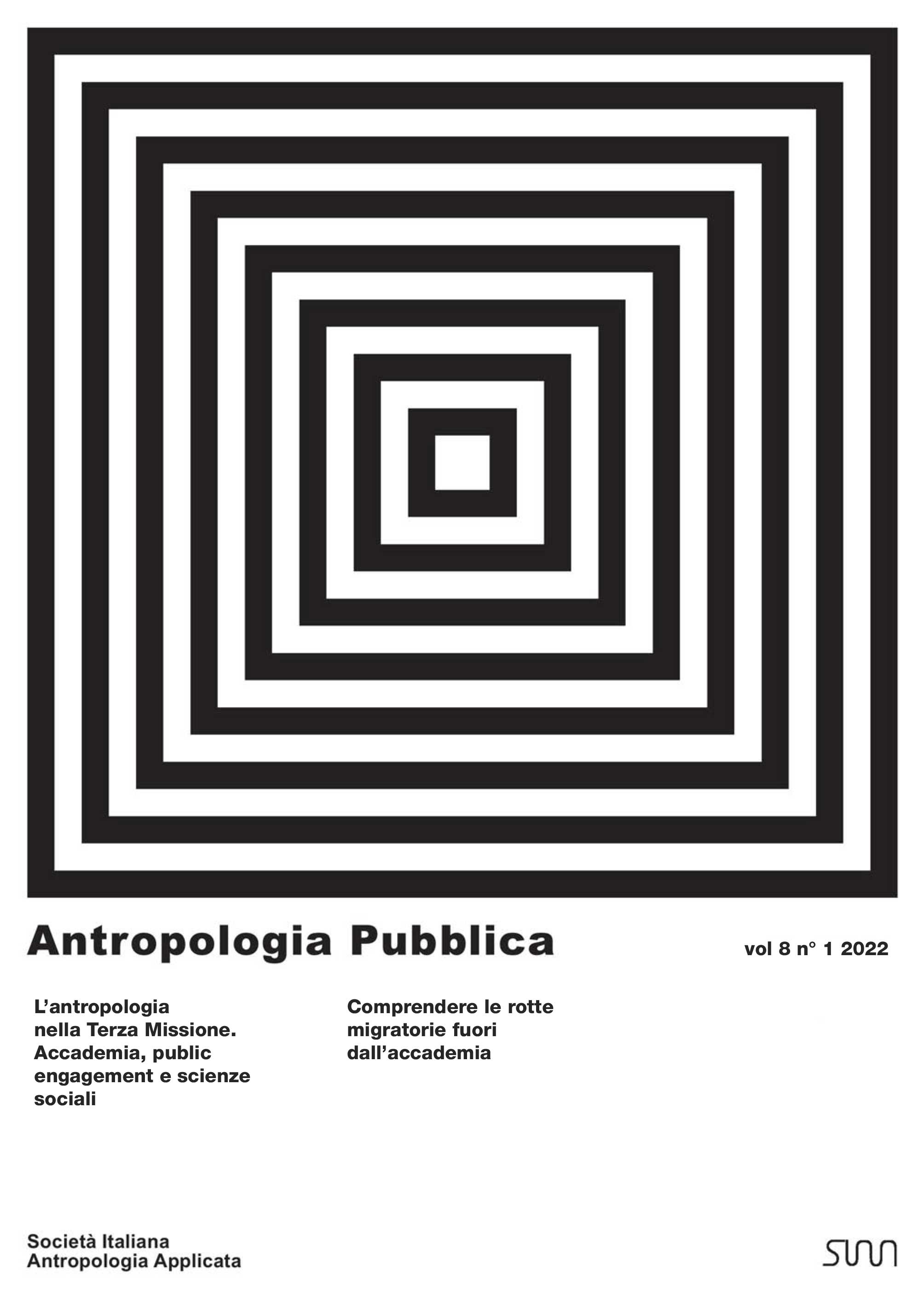 This article aims to highlight parallels and contradictions between the “Third Mission” of Sapienza University in Rome, and the project “Ermenautica Saperi in Rotta”. After briefly considering some general elements of the mandates of the Third Mission, the article then deepens some of the project’s specific factors, stressing the methods and principle issues. “Ermenautica” is a research collective “from the sea” and “on the sea”. Based out of a ship in the Mediterranean Sea, the project pursues a cooperative research agenda that focuses on a multiplicity of maritime spaces which are understood as social, political and ecological frontiers in a constant flux. While there are potential commonalities between the Third Mission and Ermenautica, both of which go beyond usual academic spaces and position themselves on social issues, the contribution also focuses on the divergences between the two projects. The Third Mission emphasizes concepts such as the “entrepreneurial university”, “technology transfer” and “partnership between university, business, civil society” which seem to be located in the emerging need to produce, transfer and commercially exploit valid research results. On the contrary, Ermenautica bases its positioning on terms of coexistence, sharing, horizontality and transdisciplinarity, themes that enhance the fruitfulness of the creation of knowledge through the sharing of fragments of common life. In conclusion, the article claims that Ermenautica proposes an exit from the economic logic of profit, valorizing instead ideas of encounter and coexistence.