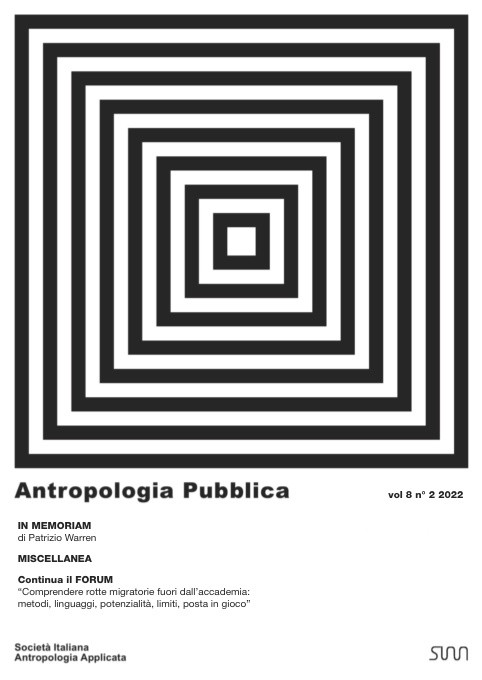 O.S.A.RE (observatory on agricultural exploitation and resistance) is a research-intervention activity on the phenomenon of informal intermediation, the so-called caporalato. The project took place between October 2020 and October 2021, and covered the two main agricultural areas of Campania, namely the territories of Piana del Sele (in the area of Salerno) and Agro-Aversano (in the area of Caserta). The project consisted in the delivering and the analysis of more than 500 questionnaires and an anthropological research aimed at identifying and act on severely exploited migrant agricultural workers. The O.S.A.RE Observatory is thus configured as a research practice in which analysis becomes part of political and pedagogical action through which is possible to build social change.